is part of the Informa Markets Division of Informa PLC

This site is operated by a business or businesses owned by Informa PLC and all copyright resides with them. Informa PLC's registered office is 5 Howick Place, London SW1P 1WG. Registered in England and Wales. Number 8860726.

THE OUTLOOK FOR THE MONTREAL ECONOMY FOR 2013 AND BEYOND

An insightful presentation on the economic fundamentals that are driving the Canadian economy in general and the performance of Quebec and Montreal in particular. What is the outlook for 2013 and beyond for employment and population growth, inflation, interest rates, and commodity prices? What sectors are driving job creation in Quebec? What should we be watching for? How do the prospects for Montreal compare with other major Canadian cities? How does the forecast for Quebec compare with the rest of Canada and with the United States? What risks remain in the geo-economic trends in the United States, Europe and the emerging markets? How will these challenges affect Canada?

HOW IS THE MONTRÉAL REAL ESTATE MARKET PERFORMING?

An overview of the performance of the office, industrial, retail, and multi-unit residential markets in Montreal over the past year. How much development activity has there been? Where are vacancy rates and cap rates at this time? What are the major demographic, investment and economic factors influencing the market? What is the outlook for 2013?

UNDERSTANDING THE FUNDAMENTALS AFFECTING THE GREATER MONTREAL AREA TODAY: WHY IS THIS CITY VIBRANT AND MOVING FORWARD?

The resignation of the Mayors of Quebec’s two largest cities along with ongoing media reports from the Charbonneau Commission on corruption in construction has left some wondering what does the future hold for Montreal and Laval, and whether the result has meant a drop in development activity and a situation where very little is progressing in the municipalities.

But what is really happening? Greater Montreal continues to capture the attention of domestic and global business with its wealth of opportunities and superior quality of life. The city offers the most competitive operating costs of all North American metropolitan areas, and attracts business with financial and tax credits for investment, R&D, job creation, and training.

No one tops Montrealers for creativity and innovation. These strengths have made the city a hot spot for life sciences, aerospace, and information and communications technology. The local video gaming industry is growing at an unprecedented rate. As the cultural capital of Canada, Montreal is an incubator for the top talent in circus entertainment and boasts an international-calibre film industry that is the envy of the rest of the country.

A forward-thinking city dedicated to sustainability, Montreal has a large-scale plan reflecting the city’s commitment to active transportation and public transit with over 175 infrastructure projects valued at $16.5 billion – with most due to be completed in the next six years.

Two elements found in many of today’s successful cities are a broad range of strong economic drivers coupled with a vibrant population and culture that inspires and attracts an intellectual market of residents. These two presentations will examine why Montreal has these characteristics and is dealing effectively with the fallout from any political turbulence.

Alain Dubuc is an economist and a Montreal-based journalist. He is a regular columnist for Montreal’s La Presse, Quebec City’s Le Soleil and five other dailies in Quebec.

CONCURRENT SESSIONS (Select A1, A2 or A3)

Session A1:
THE EVOLUTION OF THE MONTREAL OFFICE MARKET: FROM INNOVATION IN THE WORKPLACE TO THE DEVELOPMENT OF NEW SPACE

This session will examine several major aspects of the Greater Montreal Area office market. To understand the demand side, discussion will include some key corporate real estate trends, e.g. how is office space utilization changing as companies look to raise their productivity, what alternative workplace strategies and innovative uses are emerging, how important is the greening of the workplace. On the developer and investor side, how much activity can be expected finally in downtown Montreal? While new supply is being produced, how is office development reflecting the changes in occupant priorities? How strongly is LEED certification and greener buildings being embraced by owners? What is the focus and timing of the new projects? Aside from new development, over five million sq.ft. of former industrial space has been converted to office space ideal for high technology, gaming and communications/advertising firms. What impact is this having on the market? Where are vacancy rates, cap rates and other underlying leasing and investment fundamentals heading at this time? What will most likely occur in this market in 2013?

Session A2:
DEBT FINANCING: WHERE ARE SPREADS HEADING? IS ACCESSIBILITY STILL THERE? WHAT LIES AHEAD FOR THE CREDIT MARKETS? 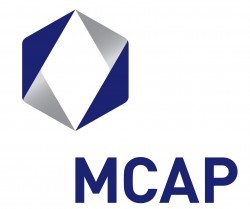 A discussion will focus on the debt market and examine what borrowers can expect for the remainder of 2013 and beyond. Are significant amounts of capital being attracted into the real estate through mortgage funds and debt offerings through the capital markets? What impact are the Bank of Canada, Minister of Finance and OFSI’s concerns having on Schedule A lending practices? Are we in a market with too much potential credit or is capital availability tightening up again? What underwriting criteria are lenders in Montreal using in 2013? How are they assessing potential deals and pricing them? Are there any property classes that they are avoiding or reducing their exposure to? Are lenders starting to impose floor rates? How available are mezzanine financing and other secondary sources of debt? How are they being priced? Discussion will also briefly examine construction financing for condominiums and loans for smaller assets and smaller projects. How concerned are lenders about the housing market?

Session A3:
BROKERS ROUNDTABLE: A PERSPECTIVE ON HOW THE GREATER MONTREAL MARKET IS MOVING FORWARD

A panel discussion with commercial real estate firms who offer a wide range of brokerage, management and advisory services. They will provide their insights and perspectives on various aspects with the Montreal office, retail and industrial markets. What have been the major trends that they are experiencing in the market at this time? What are the key reasons for the continued strong growth in transaction activity and investor interest? What will be required in order for these trends to continue? What major changes do they foresee occurring in corporate real estate, office leasing, retail activity and industrial markets in the coming year?

CONCURRENT SESSIONS (Select B1, B2 or B3)

Session B1:
HOW ATTRACTIVE IS THE RETAIL MARKET IN MONTREAL TO INVESTORS, DEVELOPERS AND TENANTS? WHAT ARE THEY DOING?

Some would argue that Montreal is understored from a retail perspective. This panel discussion will examine the Greater Montreal retail market and the extent of investor and developer interest. How is the supply and demand balance at this time with respect to the various types of retail formats being offered, tenant interest in this market, and consumer spending? What has been the impact of retail projects in Laval and the South Shore like Quartier 1030?

Are the mixed-use projects in downtown Montreal creating a demand for new urban retail formats? What does the future hold for St. Catherines Street? Will it likely face some redevelopment? What plans do various retail owners in Montreal have with respect to new projects or upgrading their existing properties? Who are the new retailers coming into this market? Are there any particular formats and development innovations growing in popularity? How much investment activity is likely to be seen in this market?

Session B2:
WHY MIXED-USE DEVELOPMENT AND INTENSIFICATION ARE SO ACTIVE? WHAT ARE THE IMPLICATIONS FOR THE CONDOMINIUM MARKET?

The trend to inner city development activity is sweeping across Canadian urban centres. Montreal is certainly no exception with a wide range of mixed-use developments occurring across the island. What is responsible for this trend? The evidence is very strong that communities need a vibrant mixed-use core where people gather: where commerce, culture, recreation, entertainment, education and inspiration meet. This session will examine how economic, demographic and social forces are reshaping Montreal, and what the implications of these key trends are for real estate development activity. What type of innovative projects and city building is emerging to take advantage of population migration into inner city areas? What are the key factors responsible for the trend towards more mixed-use development? How is the concept of “work, live, play and learn” applying to the downtown Montreal market? With some 12,000 condominium units in the pipeline, is there a danger that this part of the housing market will be overbuilt? Or are the condominiums an effective response to affordability? What are challenges associated with a mixed-use project and its ownership structure that developers need to understand?

In December 2011, the Communauté Métropolitaine de Montréal, which is the planning coordinating and funding body serving 82 municipalities of the greater Montreal metropolitan area, adopted its first Metropolitan Land use and Development Plan (PMAD). With a view to building a competitive, attractive, interdependent and responsible community, the PMAD aims to create sustainable living environments. At the same time, Montreal is moving forward with a plan to shape a contemporary city, with a focus on sustainable development – one which facilitates and embraces innovation, creativity, entrepreneurship, research, and education. One of the intentions of the Montreal Development Plan is to encourage distinctive, innovative architecture and development projects in the private sector as well as in the public realm. This session will provide some insightful information on Montreal’s draft Development Plan, especially on the outcomes and ramifications concerning growth, development and the community as a whole. The importance of a shared vision by all stakeholders and a partnership approach in shaping the City will also be discussed.

Speakers will include:
Élaine Ayotte, Member of the Executive Committee, Ville de Montréal and City Councillor responsible for the Métropolitain Plan (PMAD)

PRESENTATION OF THE IDU QUEBEC AWARDS OF EXCELLENCE